NEW! Gemini has the most comprehensive ratings calculator suite in the workers’ comp industry.

Potential Reform Bill Among Those Passed Before Fiscal Deadline

Fiscal committees in both chambers of the California Legislature combined to pass a half-dozen bills ahead of Friday’s deadline to advance bills, including one that would punish employers who delay claims.

The Senate Appropriations Committee on Thursday voted 5-1 to pass S.B. 1127, which would reduce the time employers have to accept liability for a claim and would create a $100,000 penalty for unreasonably denying some claims by first responders.

The Assembly Appropriations Committee on the same day:

The committee also voted 16-0 to pass A.B. 2848, which would extend the deadline for a study of a provision allowing members of an employer’s medical provider network to provide some treatment without prospective utilization review within 30 days of an injury.

The bill would set a July 1, 2023, deadline for the Division of Workers’ Compensation report on utilization review changes to fast-track some treatment provided immediately after an injury.

This measure is also deemed to be a potential vehicle for reforms.

“As noted in the Assembly Insurance Committee’s analysis of this bill, the author intends to amend this bill to become a larger workers’ compensation reform package, with the goal of raising permanent disability benefits, minimizing delays associated with medical treatment requests and reducing frictional costs within the workers’ compensation system,” the Assembly Appropriations Committee analysis says. 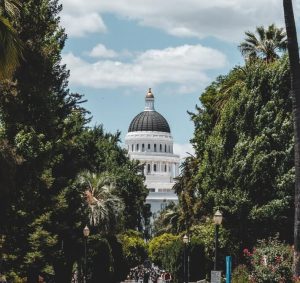